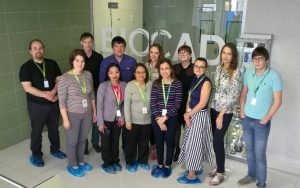 Ambica’s aim has always been to provide high quality medication to every consumer in the country. This has been in the forefront of ensuring its suppliers are fully compliant with the standards set in place by the Philippine FDA. With its goal of becoming the largest pharmaceutical company in the country, Ambica can only do so with the support and guidance of its loyal foreign and local partners.

Taking this into account, Ambica was the first company to conduct a foreign manufacturing facility inspection conducted by the FDA which had proven to be a huge success. Between August 2014 to July 2016, Ambica had facilitated the inspection of its partners from India and China with the assistance of the Philippine FDA. These manufacturers produce products ranging from oral liquids, soft and hard gelatin capsules, tablets and sachets (powder for oral suspensions). Other forms include solid dosage forms such as tablets, capsules and powders alongside liquid dosage forms.

The Philippine FDA had also conducted a plant audit of Reliance Life Sciences, which is one of the worlds largest biotechnology companies. Groundbreaking products such as Reteplase (Mirel), Religrast and Ambigrast (Filgrastim), Recombinant Human Erythropoietin Alfa (Relipoietin), Recombinant Human Interferon Alpha (Reliferon), Human Albumin (Alburel), and Human Normal Immunoglobulin (Immunorel) are all manufactured in their state of the art facilities.

The large majority of CGMP certificates have already been issued by the Philippine FDA to Ambica’s suppliers who have complied with all of the requirements during the manufacturing audit.

To date, Ambica has the highest number of Philippine FDA approved CGMP facilities in the country. Once again, this reaffirms Ambica’s aim in striving to be the industry leader in the country whilst complying with all of the requirements set in place by the FDA.